A friend of mine is a successful business coach, speaker, and instructor, who says he thinks of me every time he gets on his live online show. 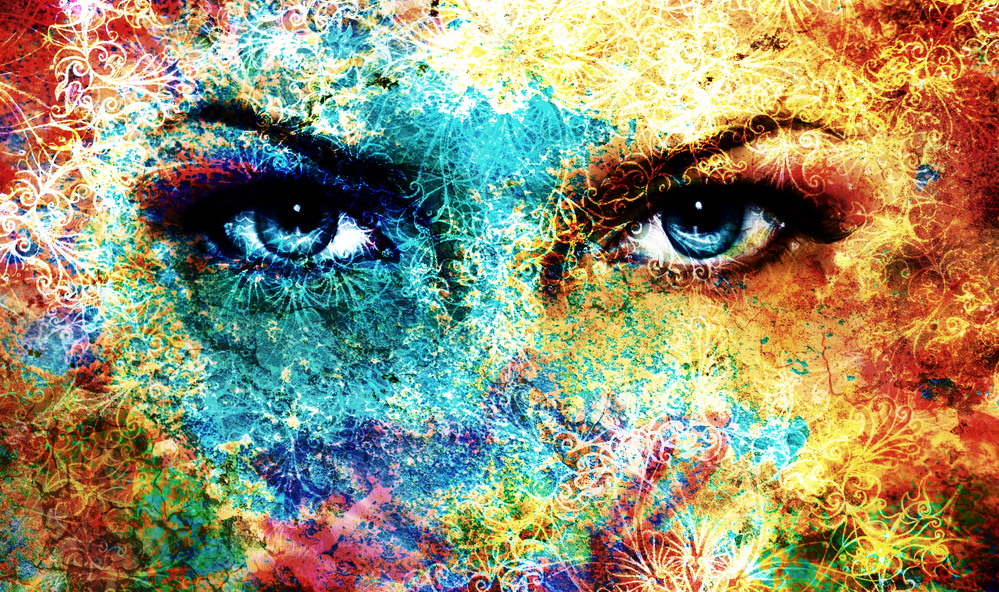 Here’s the short version of the story.  I coached him to improve his work on camera, especially when live.  We got him positioned right, good natural lighting, microphone working fine and outside of the frame, the right color and style of clothing, and improvements to his background to avoid distractions.

Everything stuck and worked fine except for one thing:  he was so busy running his show that he never made eye contact with his viewers.

It’s a habit he’s still trying to break…so when he signs on, a little voice in his ear (mine) is saying, “Look at the camera lens! Make eye contact with my viewers! Connect with them!”

I got great training in that habit by following Arnold Palmer, the greatest golf “ambassador” ever (he liked that term, preferred it over “King” of golf).  Arnie was so appreciative of all his golf fans who had made his career successful, that he learned early on to give each person attention and make eye contact.

Seems simple, but few folks really do this right. 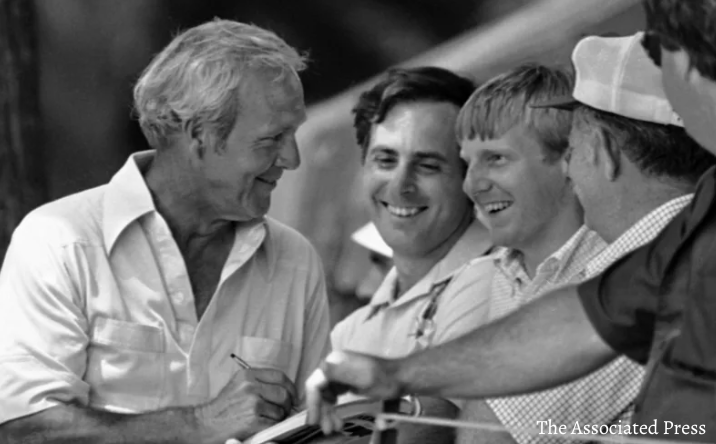 Arnie would look you in the eyes and give you what felt like his full attention, as he listened and responded naturally.  Like you were his friend.  Other golfers would either not ever look you in the eyes, or just glance at you.  Huge difference in how it felt to meet them.

I was privileged to interview the Ambassador in researching my book about a Coast Guard rescue mission, since he was the most famous of all who had served in the fifth armed force of our country.

His whole world of golf, of tournaments, media interviews, course design, etc. all seemed to be frozen in time as he gave me 45 minutes of pure attention and conversation.

Let me summarize what I learned about eye contact from him and others along the way in my 4-decade career in video and film production.

One…Sustained eye contact makes people feel like you acknowledge them, respect them are interested in what they have to say.  It’s a powerful confirmation of someone’s worth, and a kind boost to one’s self-respect.

Two…Eyes are the key to winning friends and influencing people, as Dale Carnegie used to say.  They are the tools of romance, persuasion, and power…conduits of emotion and caring.  Misused, they can manipulate, punish, and debase just as easily.

Three…Sustained staring is distracting and disruptive, so choose when to connect and when to look elsewhere.  Connect at first to establish your commitment of attention…then when asking key questions…when probing for someone’s feelings…and when making an offer.

Four…Eye contact through an emotionless video camera lens is challenging, since you can’t look into someone’s eyes directly. That’s why it’s important to learn how to do so naturally.  Some stick a picture of a friend’s face, or that of a loved one, beside the lens so there’s a real person in mind with whom you’re comfortable talking.  It’s a practice and habit to embrace.

Five…Important to set up your video camera so you’re looking into the lens instead of looking all over the place at people you’re Zooming with.  One solution is called the Center Cam, a tiny round camera lens about the size of a dime, on a thin goose neck so you can hang in down in front of your screen near the eyes of those you’re talking with.  Move it around if you have more than one person on screen. 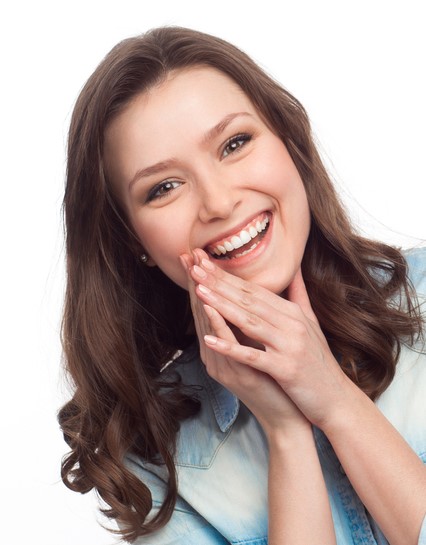 Six…Eye contact with children is super critical in their emotional development. Parents often ignore their children’s efforts for attention, especially with their noses and attention constantly focused on smart phones and the Internet.  Children need the validation of their self-worth that giving them real attention provides.  People can’t multi-task well, so put the phone down and give your kids that affirming attention.  (Same applies to employees and your business team.)

Seven…Avoid the bad practice of cutting to a side camera view of yourself talking, yet you’re still looking at the original head-on camera. That ill-considered trend (one of my Video VoodoosTM I help people eliminate) is emotionally disconnecting, affected, and is called “Director’s Conceit” in the video business.

And Eight…You can’t fake it…be natural, care about other people and their feelings, and give them the real attention you want yourself from others.

Eye contact is a form of body language, which conveys 52% of the full meaning of your message and feelings (tone of voice is 38%, and words alone only 10% — see my deep dive on this subject in this blog post.

You can enhance the impact of your eye contact with other use of body language:

Improve all your contacts and relationships with genuine, caring eye contact.

You can do it.

x
Top 5 ''Video Voodoos'' Distractions
Fill out the form below and get an instant download!